10 Discord Developer Portals You Should Join 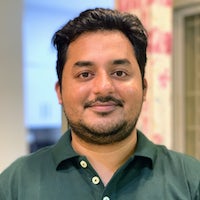 I am sure you have heard about Discord, a real-time chatting tool that started as a Slack for Gamers.

Today, Discord is used as a community for designers, developers, artists, business managers, friends hangout zones, and more. It has become a reliable and welcoming place, no matter your interest or background. Features like video calling, audio calling and broadcasting make it a powerhouse. Surprisingly, these features work better in Discord than Slack and Microsoft Teams from my experience.

Here's an interesting video by Discord that shares its future goals and vision:

I am glad that at Hashnode, we switched from Slack to Discord for our team discussions and collaborations. It's been two years now, and we are thrilled with the experience so far. Recently, we opened up our Discord server for anyone to join and get help directly from the Hashnode team and community. We have exclusive channels for support, writing help, blog introductions, Hashnode challenges and more. More than 800 developers have joined us in just a few weeks. 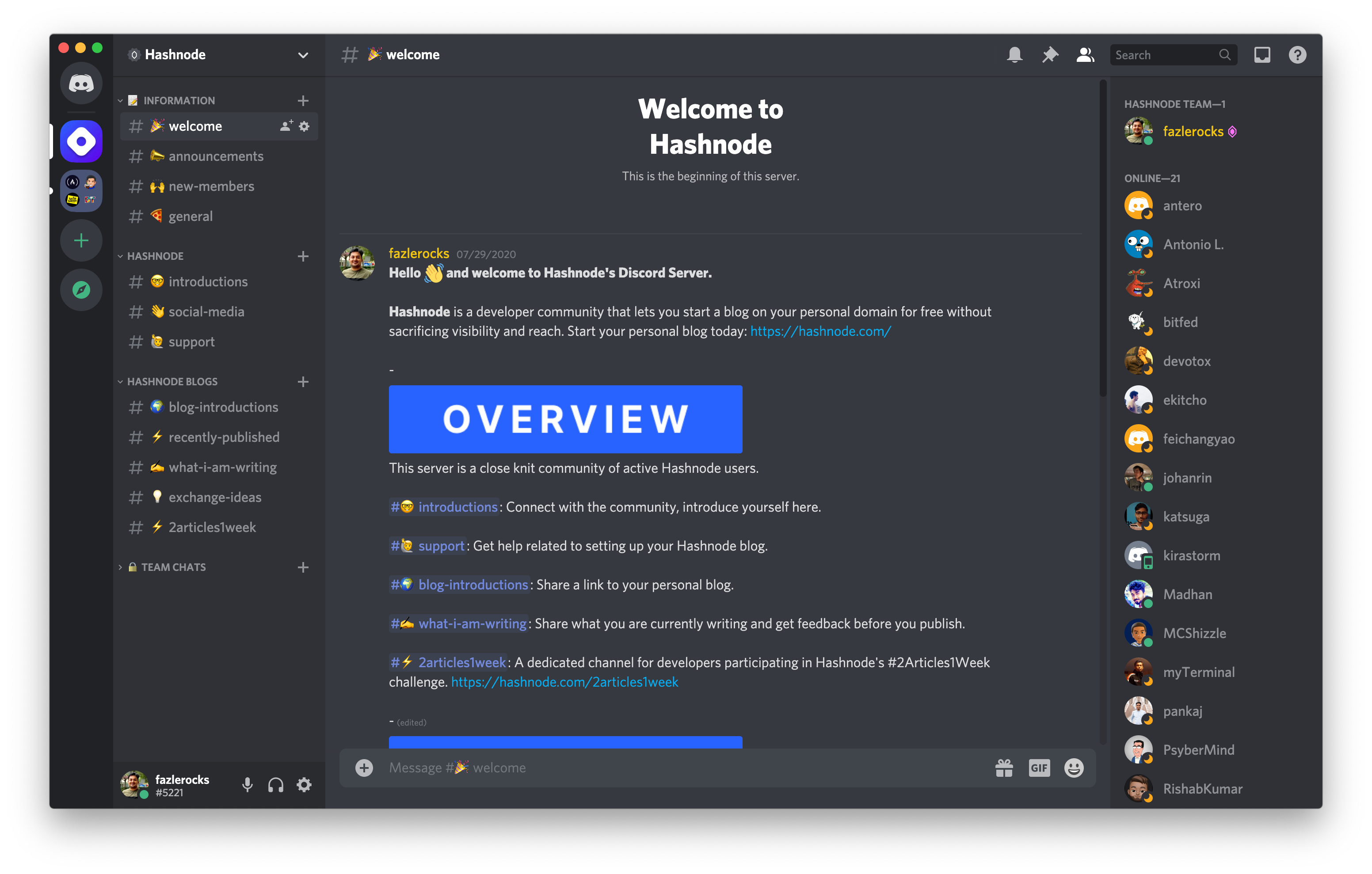 While I was setting up Hashnode's Discord server, I was also joining various other programming portals on Discord. While searching for the best servers to join, I discovered some amazing dev communities. In this article, I will list 10 best discord developer servers everyone should join. If you are just getting started with programming and are looking for instant help from the community, consider joining them. 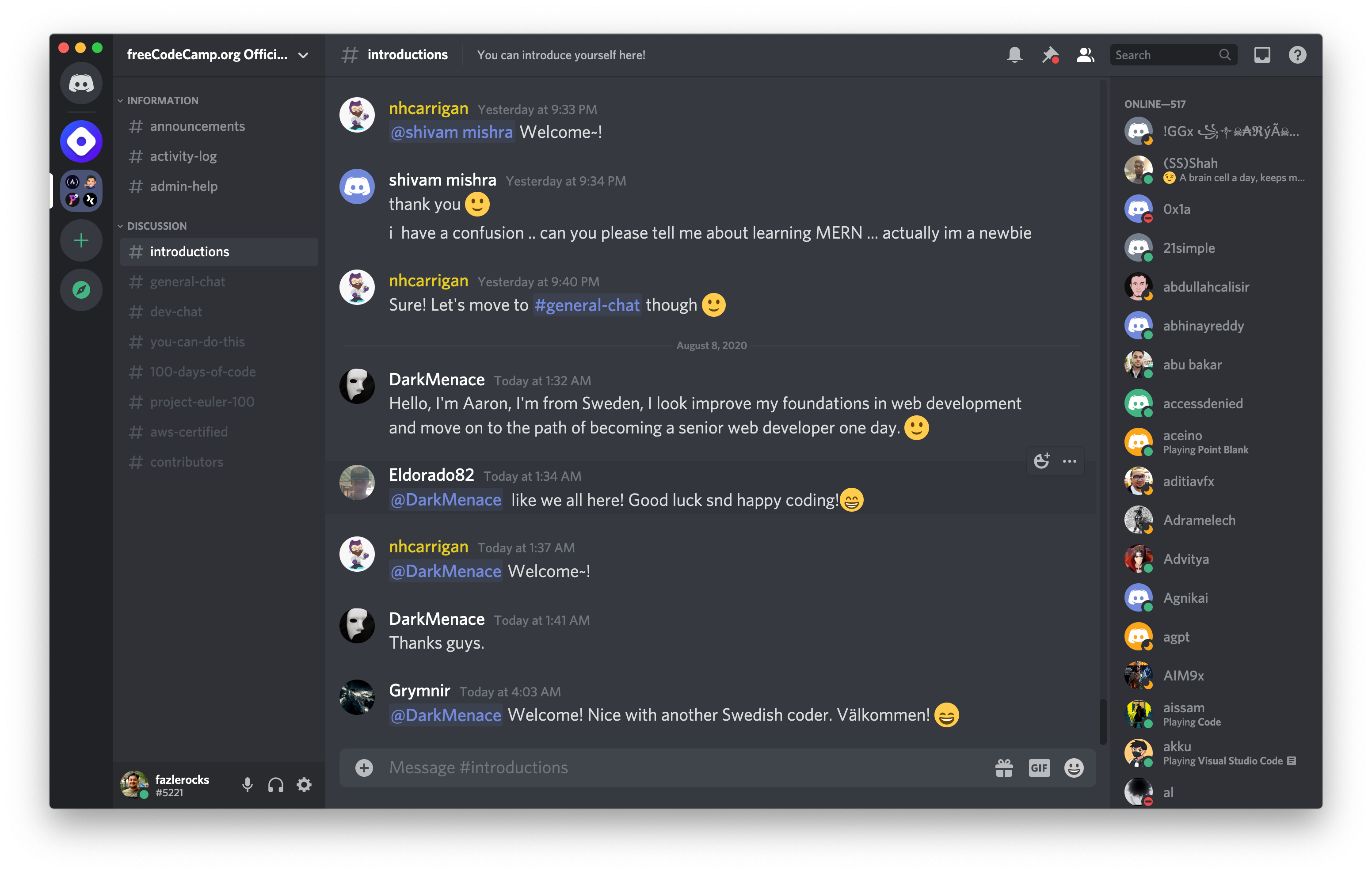 We are all aware of the incredible work Quincy Larson and his team do at freeCodeCamp.org. It's one of the best platforms on the internet to learn how to program and get a job.

Recently, freeCodeCamp announced its Discord server. The goal of this discord group is to create a place where developers could hang out and chat more casually. I recently introduced my self in their #introduction channel, and Quincy himself replied and welcomed me. 💝

This discord group has more than 7000 users from around the world. Following is the list of channels: 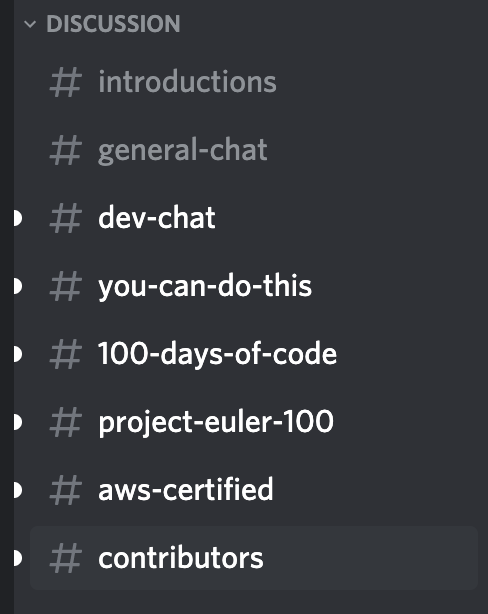 Created by Scotch.io, On Code Community is another friendly Discord portal you should join. 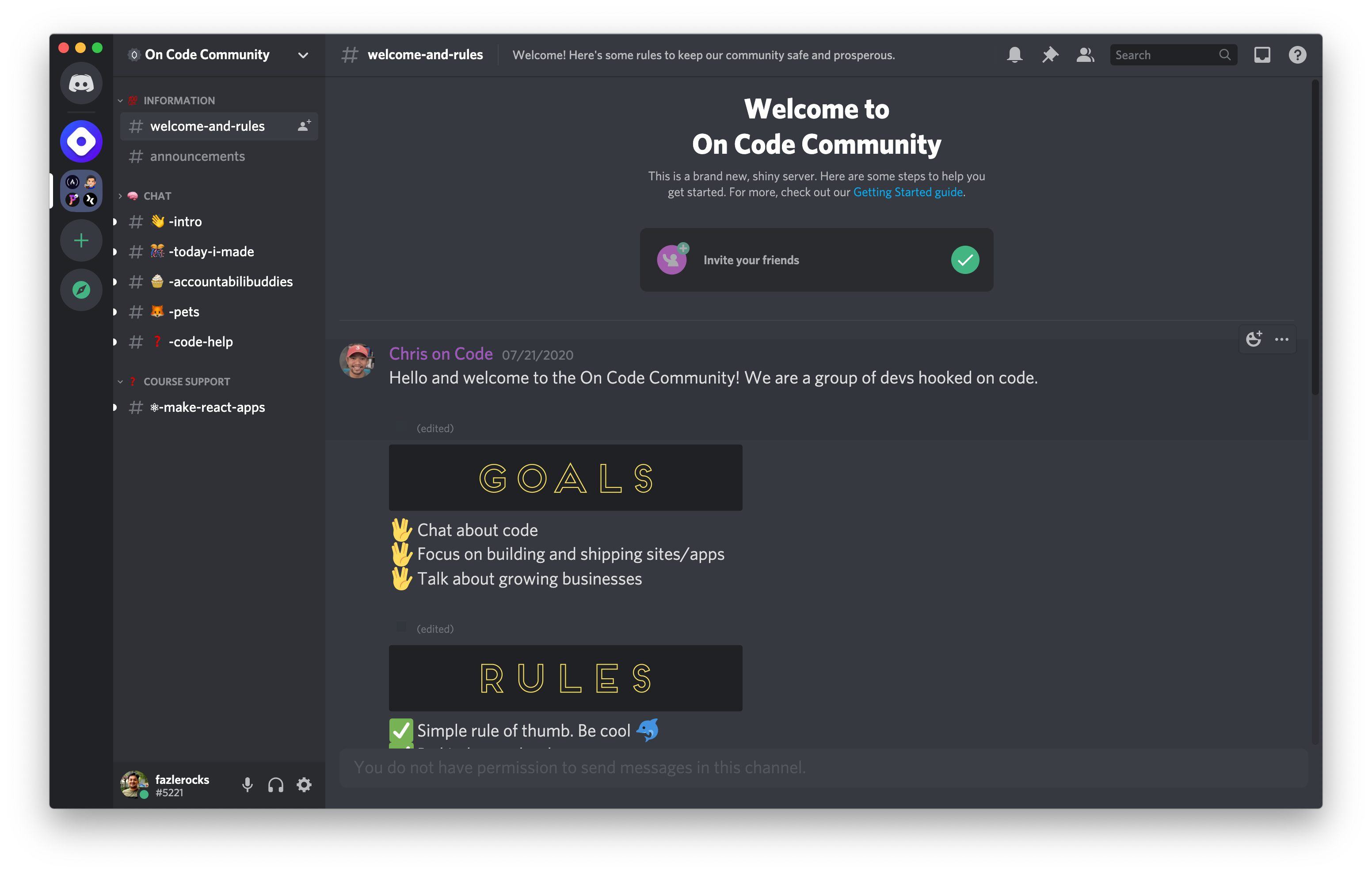 The goal of this group is to facilitate casual conversation among developers. You can ask programming question, business queries and share pet pics. 😍

As soon as I discovered the pets channel, I grabbed the opportunity to show off my cat in the group. To my surprise, Chris on Code reacted to my cat's pics and that became a conversation starter. 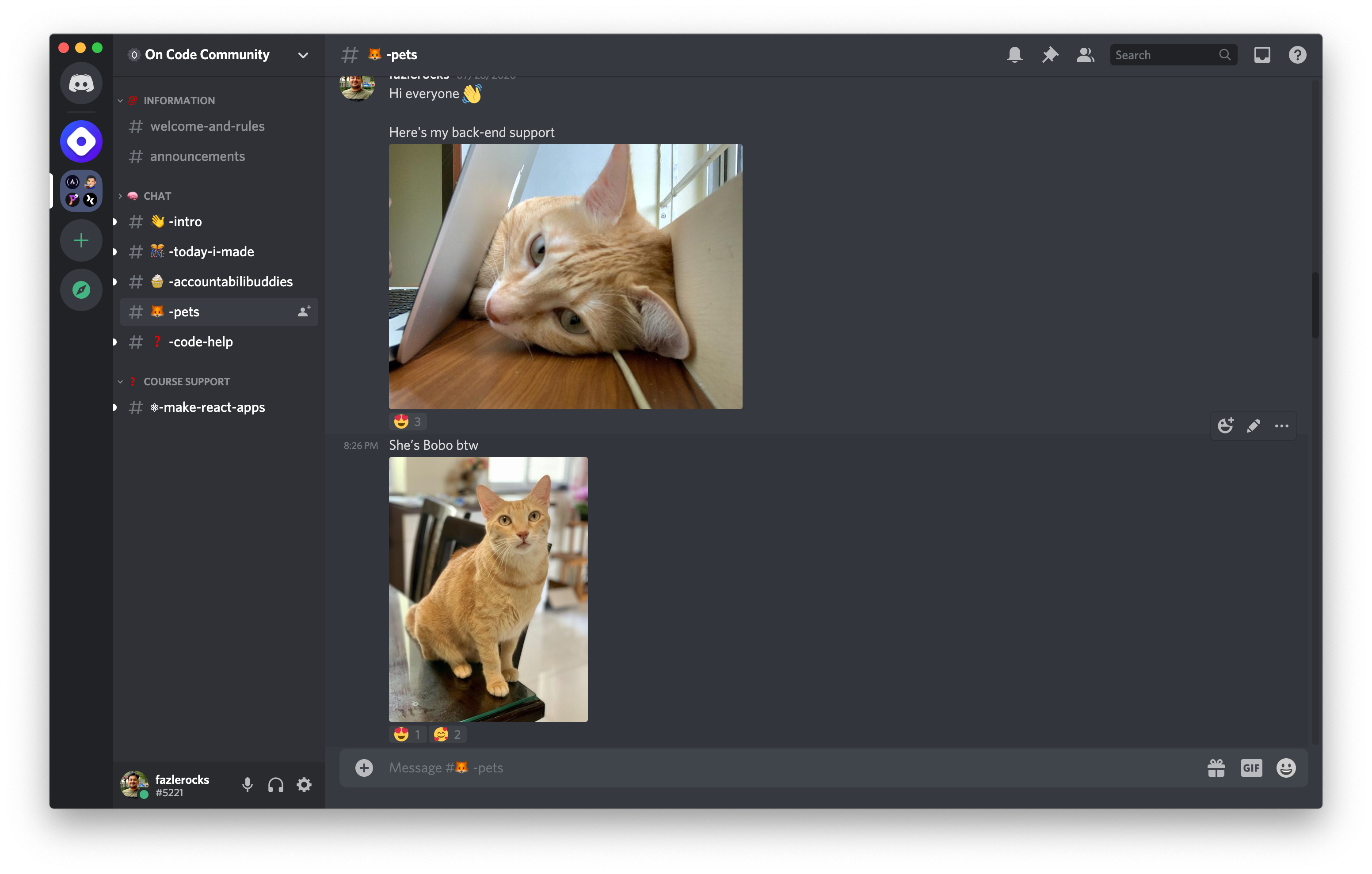 This group has more than 300 developers and it's extremely friendly and warm. Following are the list of channels: 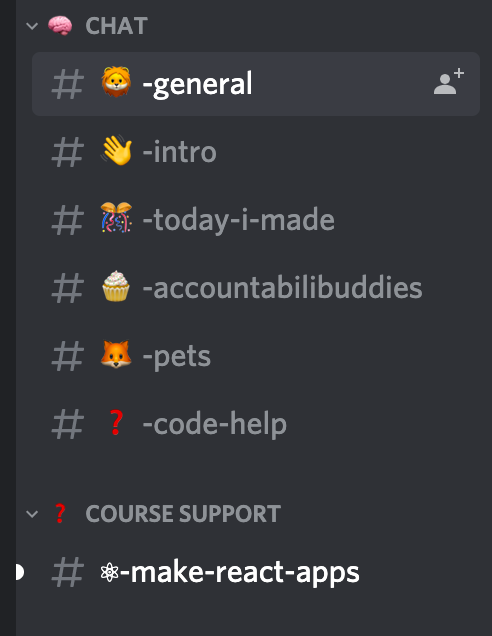 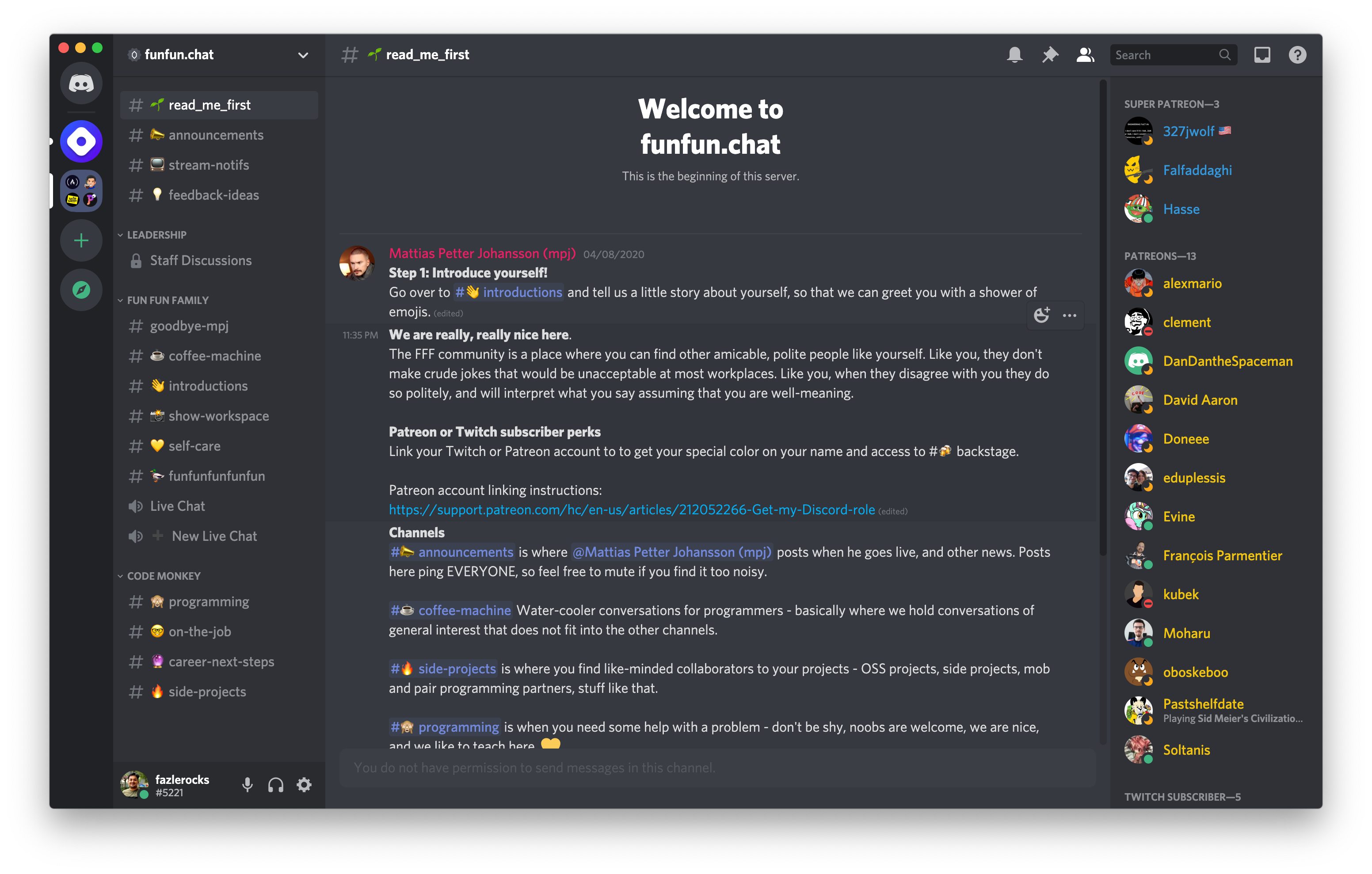 mpj runs Fun Fun Function Youtube channel. It is one of the biggest YouTube channels for developers. One of my favourite videos on the channel is the Interview with Dan Abramov on React Hooks.

Funfun.chat has a group of channels called "Code Monkey". I happen to scroll through these channels occasionally to read interesting conversations. You can talk about programming, finding a job, career advice and more on these channels. 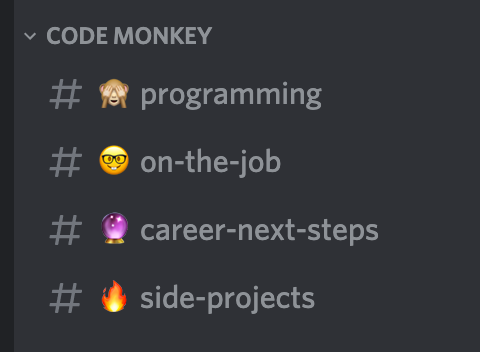 Dev town is created by Ravin 🚀 💻 and his team. I discovered this group from Ravin's Twitter handle. 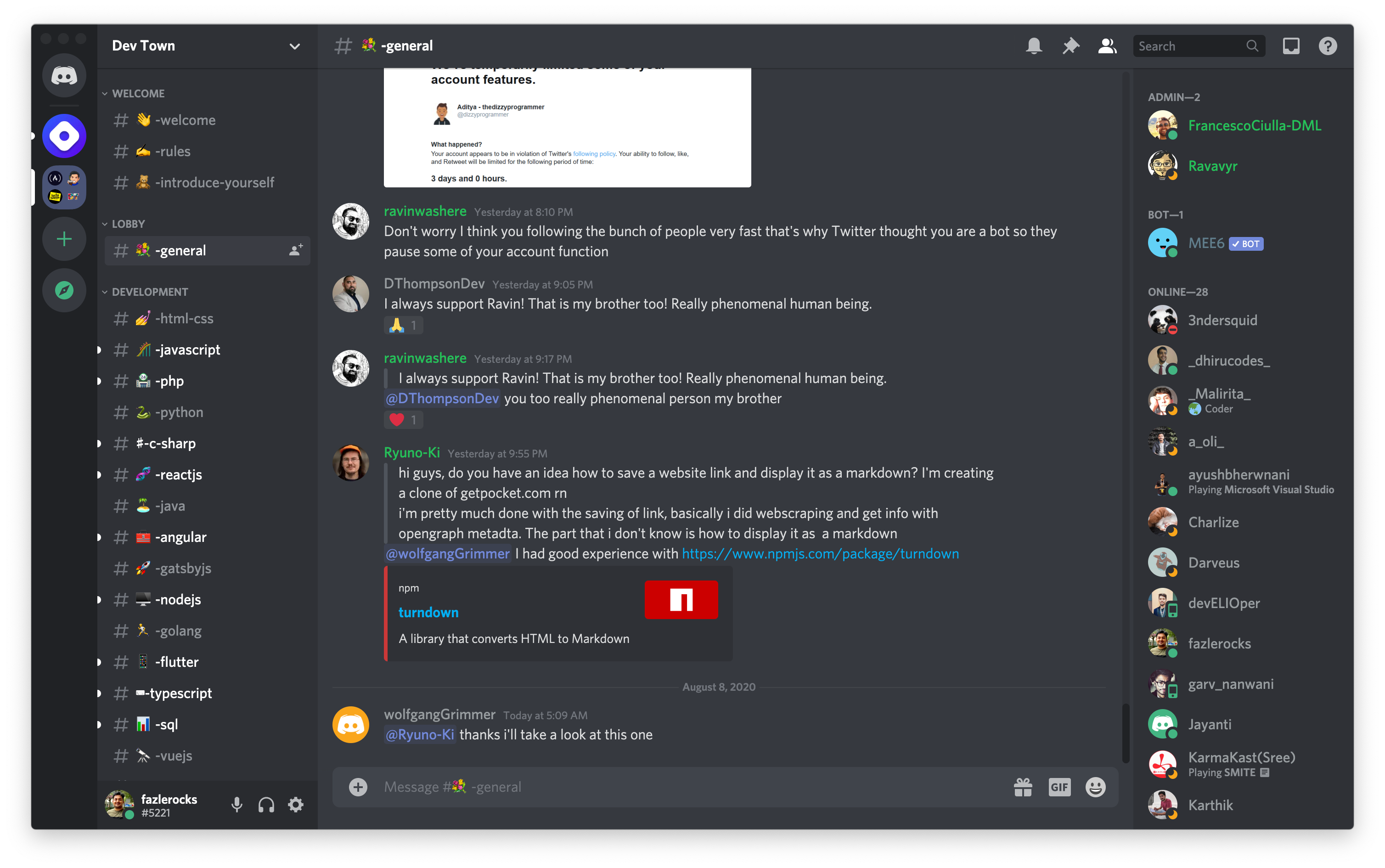 Ravin is one of the best programmers on Twitter whom you should follow. He regularly shares tips, advice, and resources. Almost all of his tweets go viral and liked by hundreds of programmers.

One of the best things about this discord group is topic-specific channels. If you are looking for quick support from devs around the world, just drop a message in a relevant channel and get instant replies. 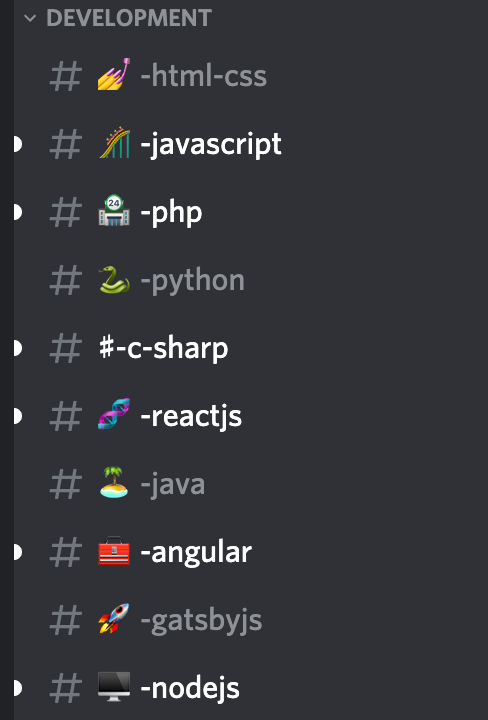 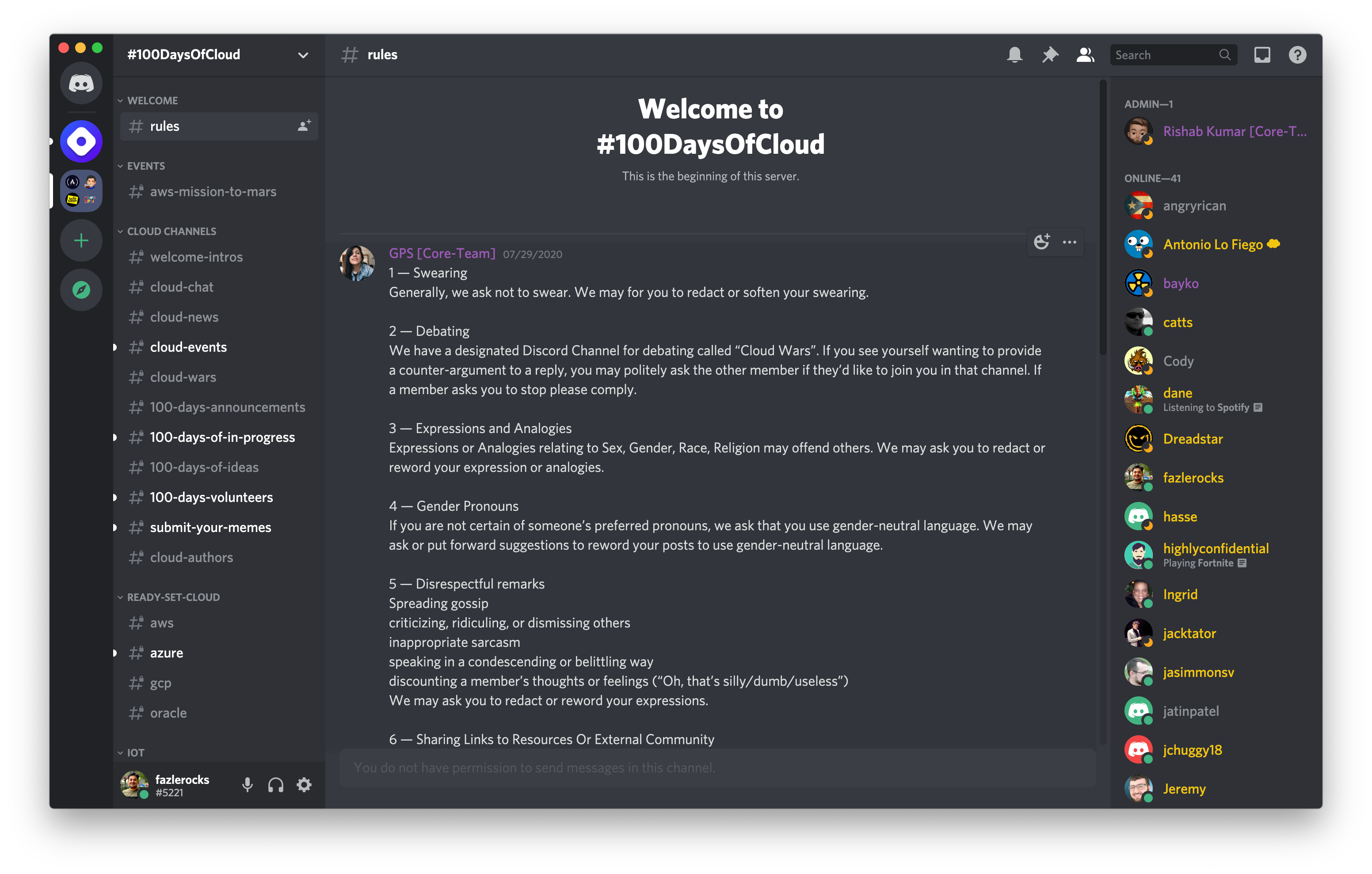 #100DaysOfCloud is a discord server dedicated towards everything cloud computing. It's a fantastic discord server created by Andrew Brown, Rishab Kumar, Christina Gorton, and J_cloudofthrones.

You can talk about CNCF, Azure and GCP certificates, cloud events, serverless, and more. If you are someone who managers servers in your team, this group can be handy.

SpeakJS is one of the biggest Discord developer communities. It has more than 13K developers and various language/technology specific channels.

It has a channel for almost every kind of programming language or topics. Some interesting ones include desktop apps, mobile apps, backend tech, runtime and more.

The programmer's hangout is also one of the biggest developer community on Discord. It has more than 30K programmers. 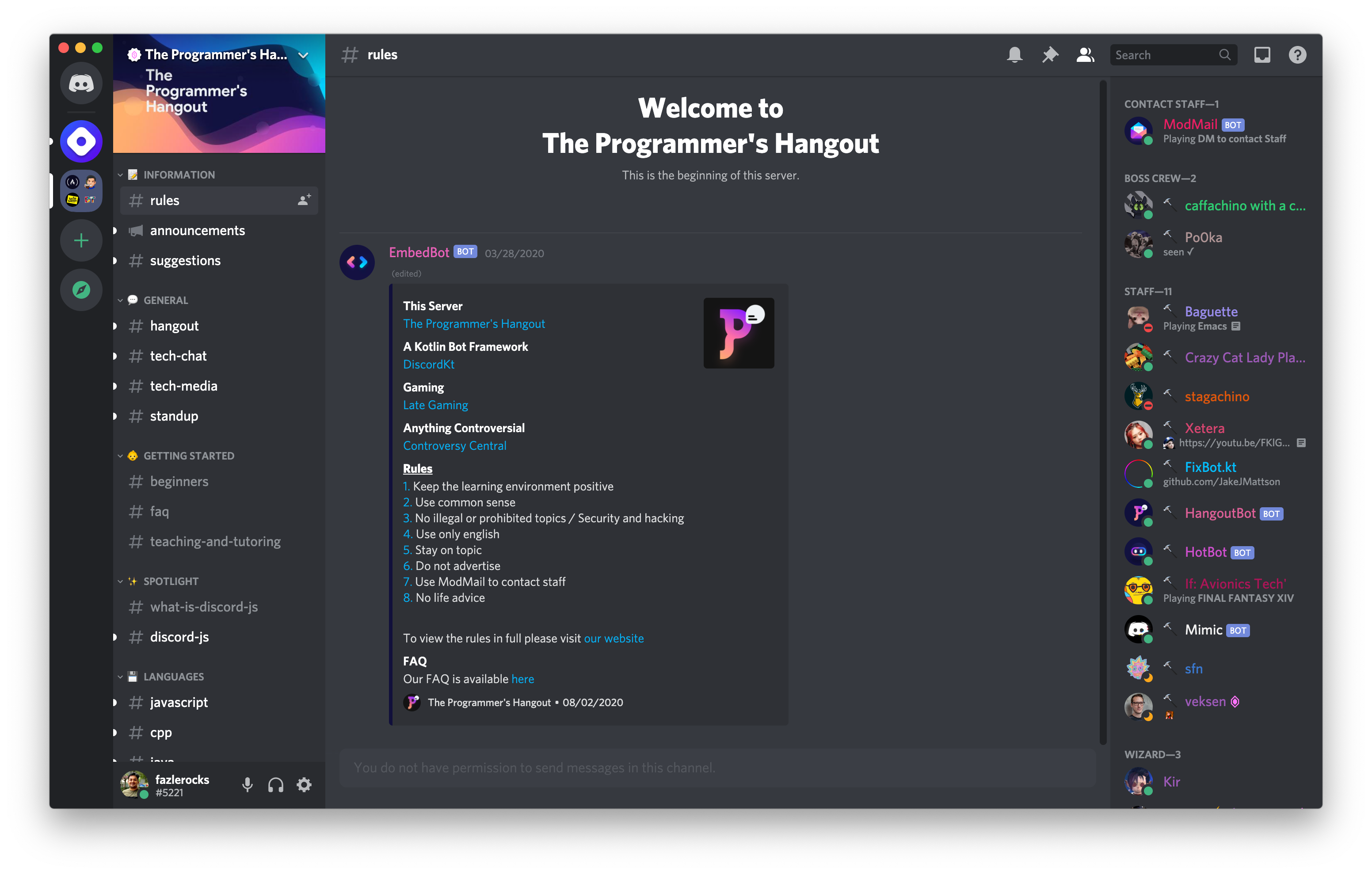 Apart from general tech and languages channels, they also have channels for challenges and computer science. If you are also into Maths, AI and ML, you will find this group helpful. 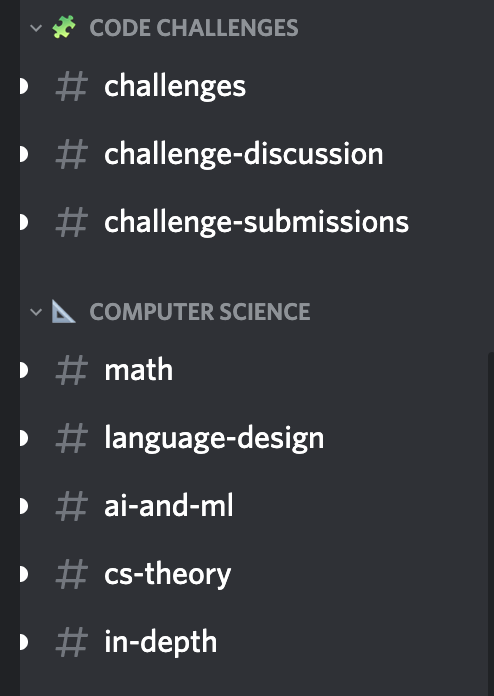 If you are a freelance designer or developer, join Devcord asap. It has dedicated channels for both freelancing gigs and full-time roles. 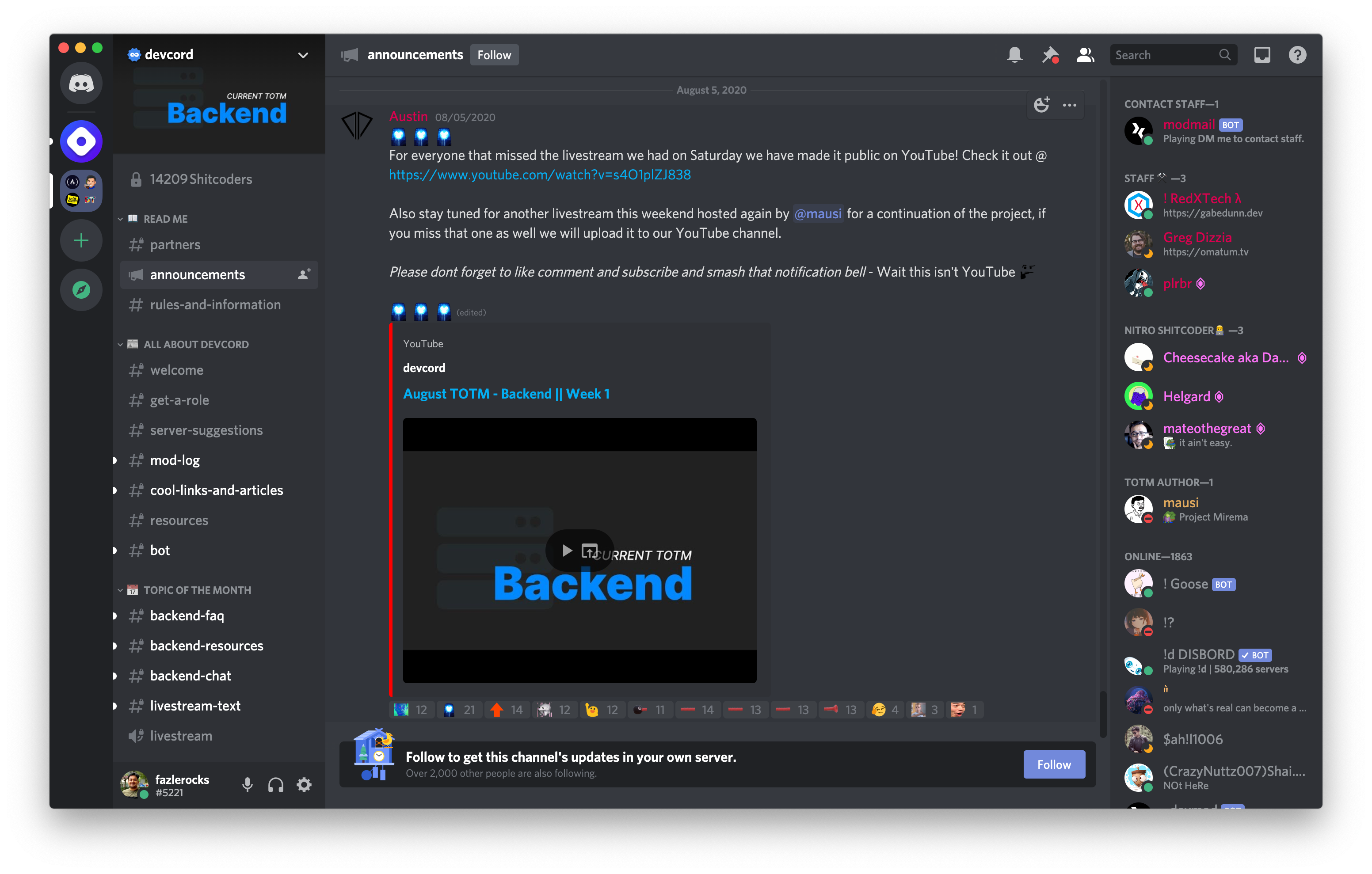 It's an active community with more than 2K developers online at any given time. 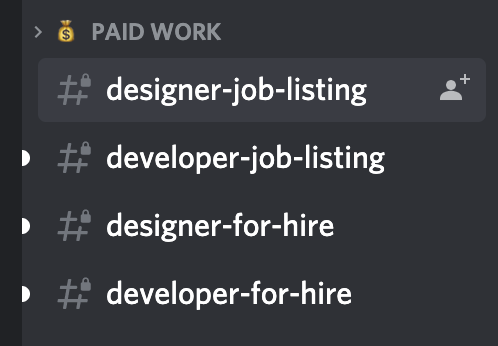 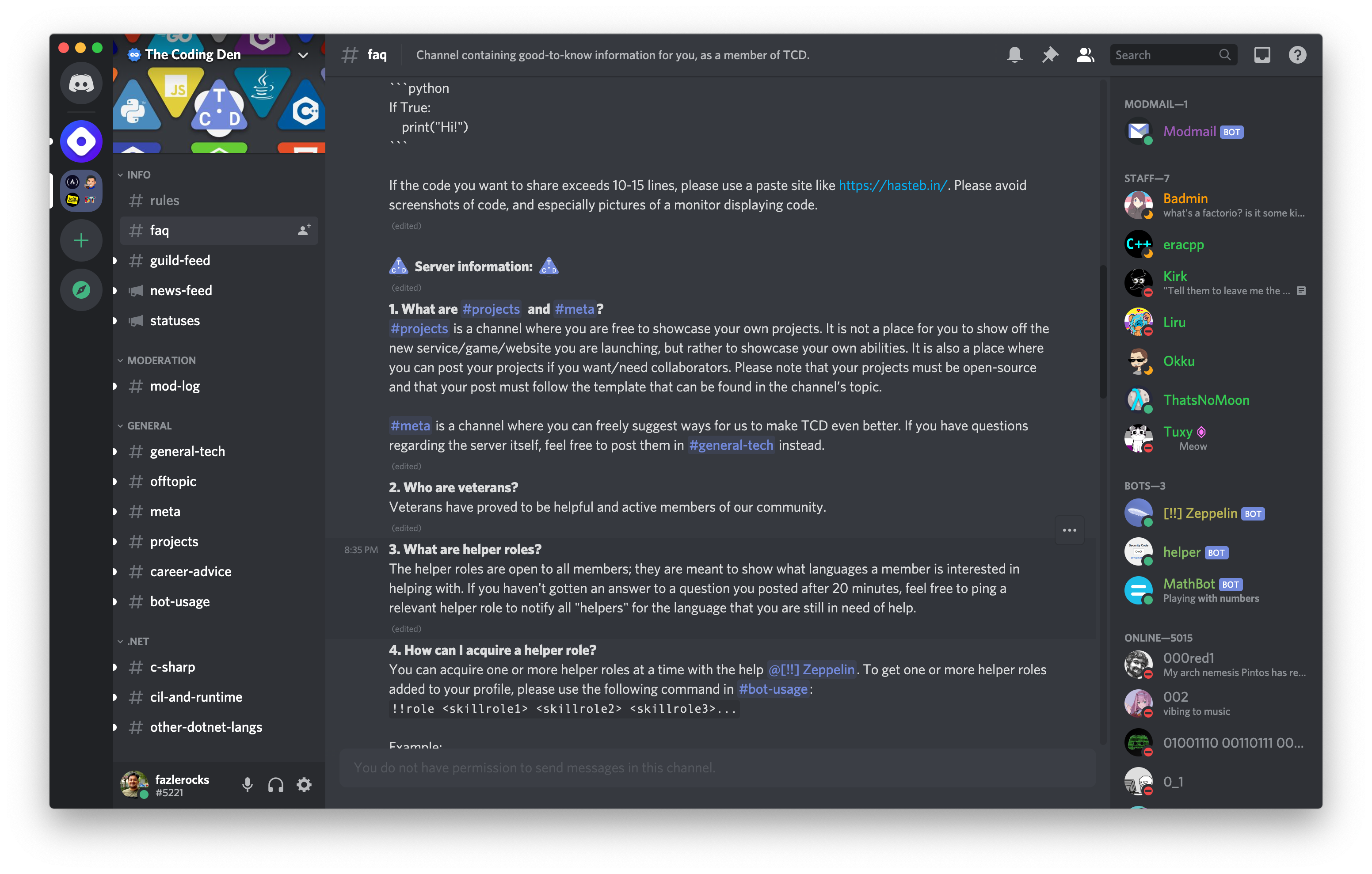 The Coding Den is an official Discord Partner. It's an active community of more than 25K developers. If you are into systems programming like assembly, C language, C++, Go, and others you'll find this group very helpful. 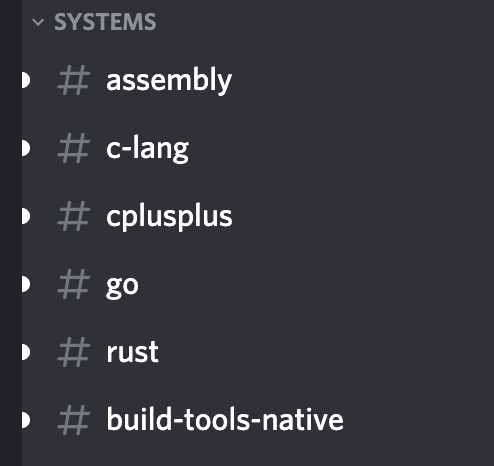 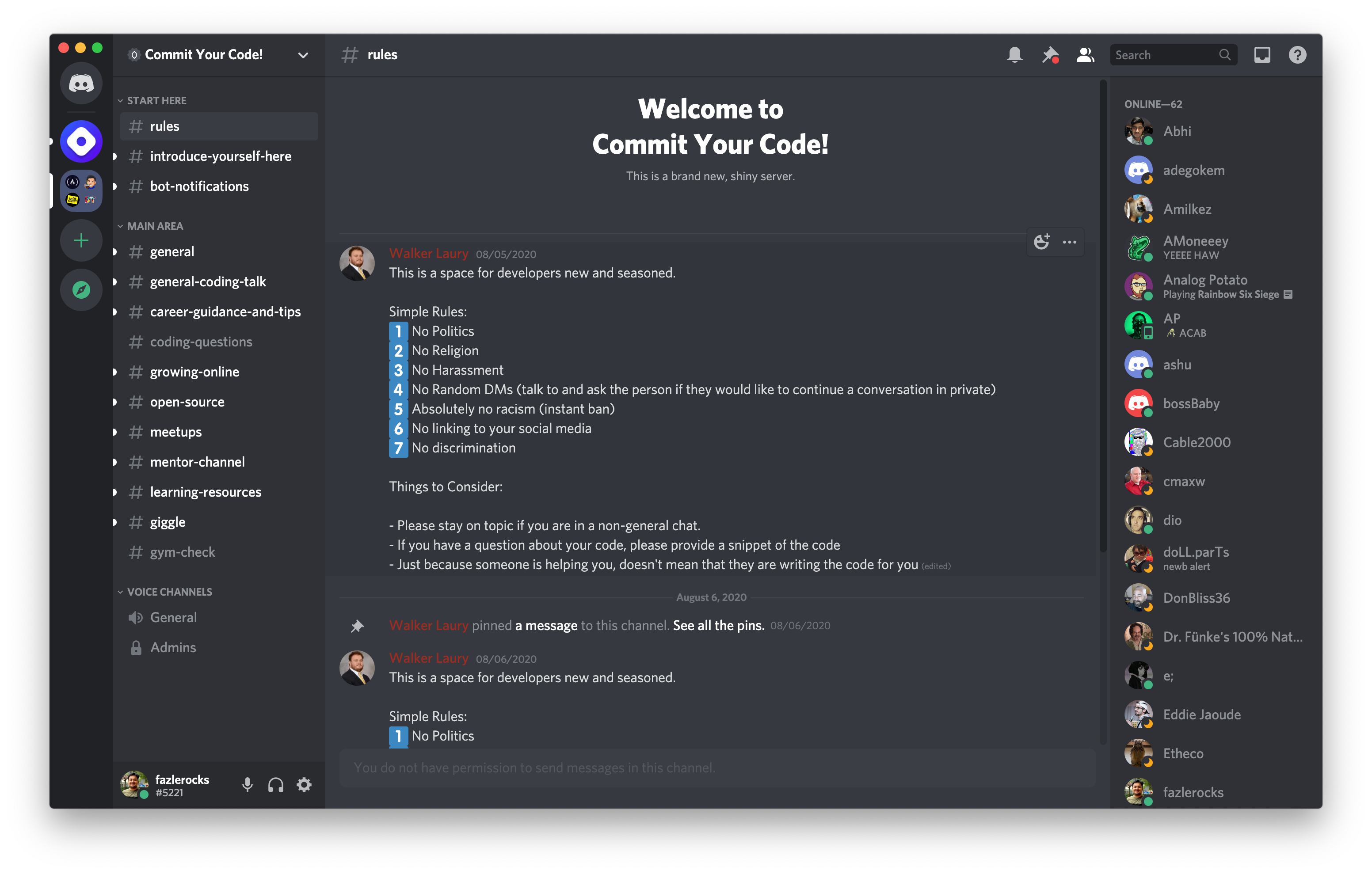 Commit Your Code Discord server is created by Danny Thompson. You might know him on Twitter for tweeting viral programming tips and tricks.

There are around 800 developers in this community and you find a lot of information about upcoming meetups and mentorship programs here. 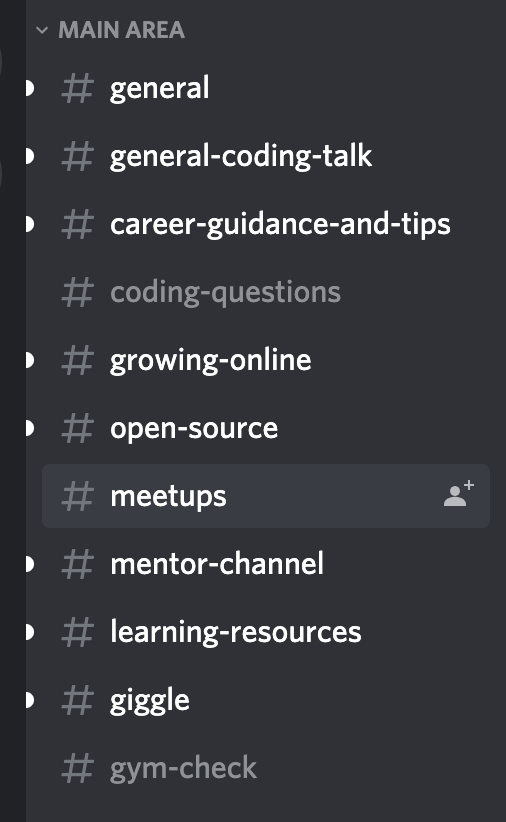 These were the top 10 discord servers that I am part of. Let me know in the comments, if I missed any discord group that's worth mentioning. 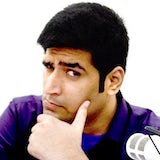 Awesome collection. I just started mine, developers who love Purple :)

Cool, thanks for sharing! 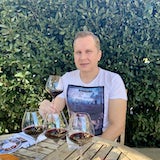 I joined these fine community servers :-)